Video surveillance for parcel lockers: a new application of ATMeye.iQ

Delivery of e-commerce goods through parcel lockers (also called parcel terminals, parcel machine, automated postal stations) is gaining popularity every year. According to a report conducted by one of the largest American delivery services Pitney Bowes, from 2014 to 2018, the number of parcels worldwide increased by 104% from 43 billion to 87 billion shipments per year, and will exceed 200 billion by 2025. Obviously, with this growth, postal organizations and delivery services are constantly looking for options to optimize the delivery process and minimize their costs. 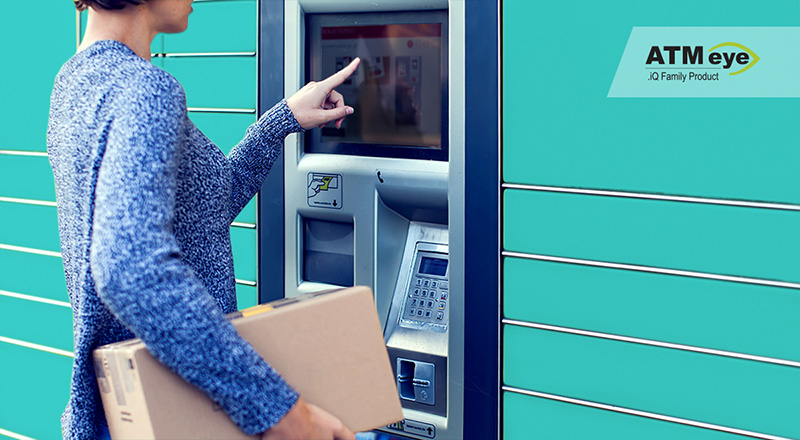 The popularity of parcel lockers is growing every day
Parcel lockers can significantly reduce shipping costs and some of the operating costs.

Thus, parcel lockers allow to reduce the personnel involved in delivery, to minimize or redistribute its load. In addition, the use of lockers during the COVID-19 coronavirus epidemic can reduce the number of direct contacts between people. With these advantages and the relatively low cost of parcel terminals, postal services in economically developed countries with active e-commerce users are actively investing and will continue to purchase or rent automated postal stations. Only today in the world there are about 1.2-1.4 million parcel lockers, and according to market forecasts, the number will grow rapidly in the coming years.

One of the main problems of delivery through lockers is the safety of parcels. It is not uncommon for postal services to face hacking and fraud. In particular it is quite common for the recipient to come to pick up the parcel and report that the locker is empty.

Video cameras are installed at the checkpoints, to prevent such situations and ensure the safety of parcels. As a rule, there are several cameras: the main one on the user terminal and several additional ones along its perimeter.

Currently, on the market, there are quite a lot of solutions for controlling parcel lockers, which have various configurations and functionality. A number of these solutions provide, among other things, the necessary functionality for managing video surveillance and resolving disputes.

ATMeye.iQ is an all-in-one solution for monitoring the operation and ensuring the security of self-service banking devices (ATMs, payment kiosks, etc.) through video surveillance and installation of physical attacks sensors. The solution connects each event involving users with photos or videos from cameras and informs the responsible staff about attempts of committing a crime on the terminal. Since ATMeye.iQ is designed for banking devices, it complies with international security standards and can be successfully applied in other business sectors, for example, to provide video surveillance at parcel lockers and resolve disputes with users.

The use of ATMeye.iQ on parcel terminals has a number of benefits over the majority of solutions on the market

To learn more about the capabilities of ATMeye.iQ for managing networks of parcel lockers, contact BS/2 representatives.