Among many worries that ATM fleet owners have, ATM fraud and ATM attacks are still those causing the most headache. Skimming, shimming, use of stolen cards, ATM physical and logical attacks are currently the most prevalent threats. Indonesia has been having difficulties with the adoption of EMV debit cards and credit cards, so much so that the complete adoption has been postponed by the central banks three times, once in 2016 and again until 2021. Complete adoption of EMV cards and elimination of magnetic stripe cards would help protect against the most popular ATM threat, which was skimming, however other issues are still just as relevant. If some of these issues resonate with you and you want to learn more about the modern ATM security risks and what can be done about them - read on. 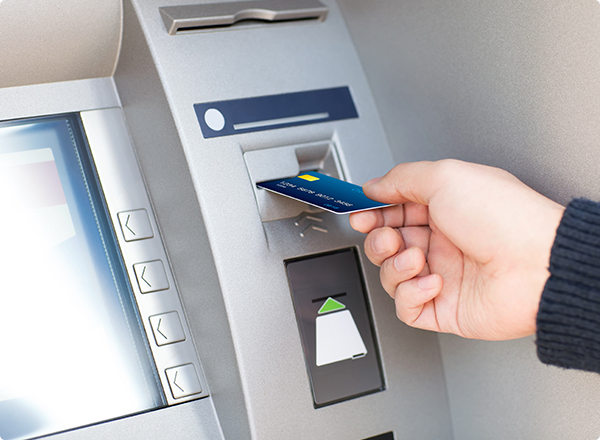 24/7 Global Customer Support
Financial institutions and ATM deployers take the comfort and security of their ATM users very seriously. There is no perfect system and long dispute-resolution times, slow event reaction times, reputational and financial losses can still occur no matter the state of preparedness, however there are ways to treat these issues and significantly reduce them.
For one, video surveillance and atm machine security cameras have been a go-to answer for physical attacks and dispute resolution assistance. It’s a solid solution, however on it’s own it is sluggish, not perfectly effective and resource intensive. A security officer still needs to sit and look at hundreds of screens and be perceptive enough to catch an emergency such as card skimming device installation when it happens. And if not caught in the act, retrieval of video or photo material can take weeks and then another person needs to review all that footage from the atm security cameras. As mentioned, on its own it’s an archaic solution.
However there is a modern solution used by financial institutions and atm deployers all over the world - ATMeye.iQ. ATMeye.iQ automatically analyzes the video stream coming from hidden cameras, card reader/card slot cameras and portrait cameras as well as collect information from a wide range of sensors to immediately detect danger and notify security personnel in real time. ATMeye.iQ also ties footage to transactions with pre-record and post-record functions immensely simplifying the dispute resolution process, making it easy to comply with law enforcement requests and reduce dispute resolution times.
Already implemented by many banks in Asia, ATMeye.iQ could be of great use to financial institutions of Indonesia especially with how many attacks on ATMs there are in the 4th most populous country on earth.
Visa International and Mastercard, the two significant service providers around the globe, listed Indonesia as No.2 on the list of the worst countries in the world for credit card fraud occurrence by total incidents recorded. ATMeye.iQ, the proactive security system, could assist in finding swifter justice for atm machine frauds which are flooding the country. ATMeye.iQ can launch automatic scenarios to notify security personnel and law enforcement which can lead to apprehending the perpetrators red-handed.

Ease the work of the security officer or ATM manager with event-based alerts and pre-set scenarios. These configurable scenarios run automatically with trigger-based ATM security. This feature helps stop fraud at ATMs and prevents the use of stolen or black-listed cards.

ATMeye.iQ can come with a wide range of various sensors which help detect and prevent crime at ATMs. These can be skimmer detection kits, shock, gas, tilt, temperature sensors and many other devices. When any of these sensors are set off, ATMeye.iQ immediately informs the responsible person and launches pre-set scenarios.

In many cases, fraudsters achieve their goals and escape justice by covering or breaking ATM cameras. This can cause difficulties in retrieving crucial crime footage. ATMeye.iQ instantly sends an alarm and can prevent ATM use if the camera is covered or broken.

The system operator receives information about the current operating status of all self-service devices in the network using ATMeye.iQ. It allows him to react faster in case of technical problems.

Proven success in over 80 countries

Our customers in Asia:

Deployed in over 80 countries, ATMeye.iQNG is not only a unique and reliable solution but also an affordable one.

Helping your security and support personnel save time and resources. Minimizing your area of exposure, significantly reducing risk and helping you comply with industry standards and regulations.

What is the value of your clients security?